Once I have written a short article about comparison of two dragon wells from different areas. As you could read here, it wasn´t too succesfull. Therefore, I bought these teas again next year. This year´s samples are very suitable for testing, because both teas are of comparably quality (grade AA). The tester preparation wasn´t good last year and therefore I decided to use two very similar gaiwans this time.
Gaiwans were made from the same material by the same potter. The right gaiwan is a little bit higher and therefore it has about 15 mililiters greater volume. I wanted to get comparable infusions and so I had to control the amount of water very carefully. 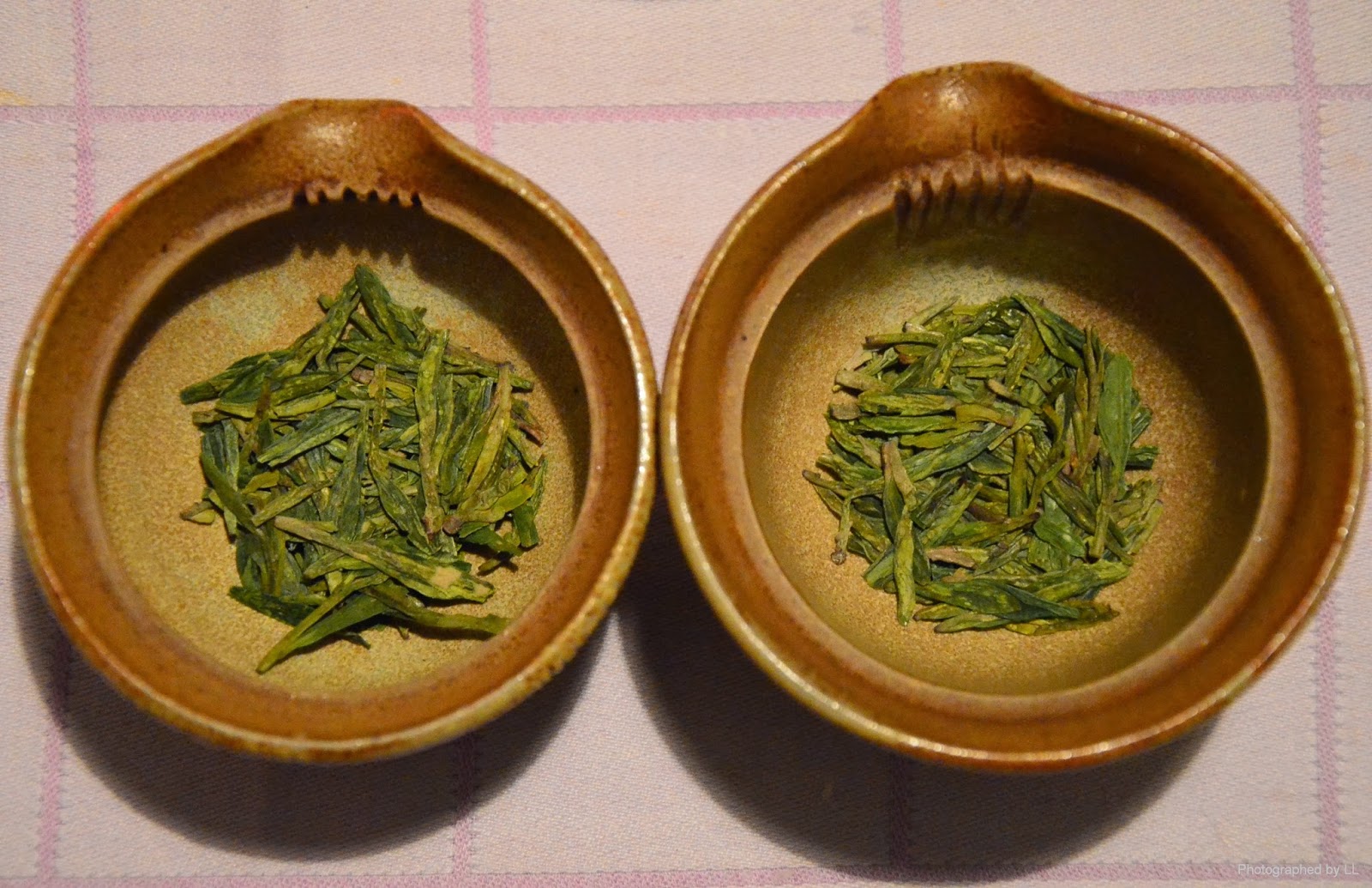 The main difference wasn‘t in composition of flavour but in the structure of flavour.
The flavour of the left side infusion was very full, round and silky but with a bit bitter ending. The right side infusion hadn‘t any bitterness but the flavour was "light" (the feeling, that the tea completely fills your mouth, didin´t come).
The second infusions confirmed difference between the teas. The flavour of the left side tea was full again (but also with a bitter ending). The right side tea missed the full flavour again.
The third infusions didn´t bring any surprise. The tea on the left side was sligtly weaker, but flavour was still full and for the first time without bitterness. The right tea was weaker as a whole. It wasn‘t bad but it didn´t satisfy me.
The fourth infusions surprised us. The full flavour of the right tea completely vanished. The composition of flavours of both infusions was very similar. The right tea completely lost its charm. This time we marked the tea on the right side as better. 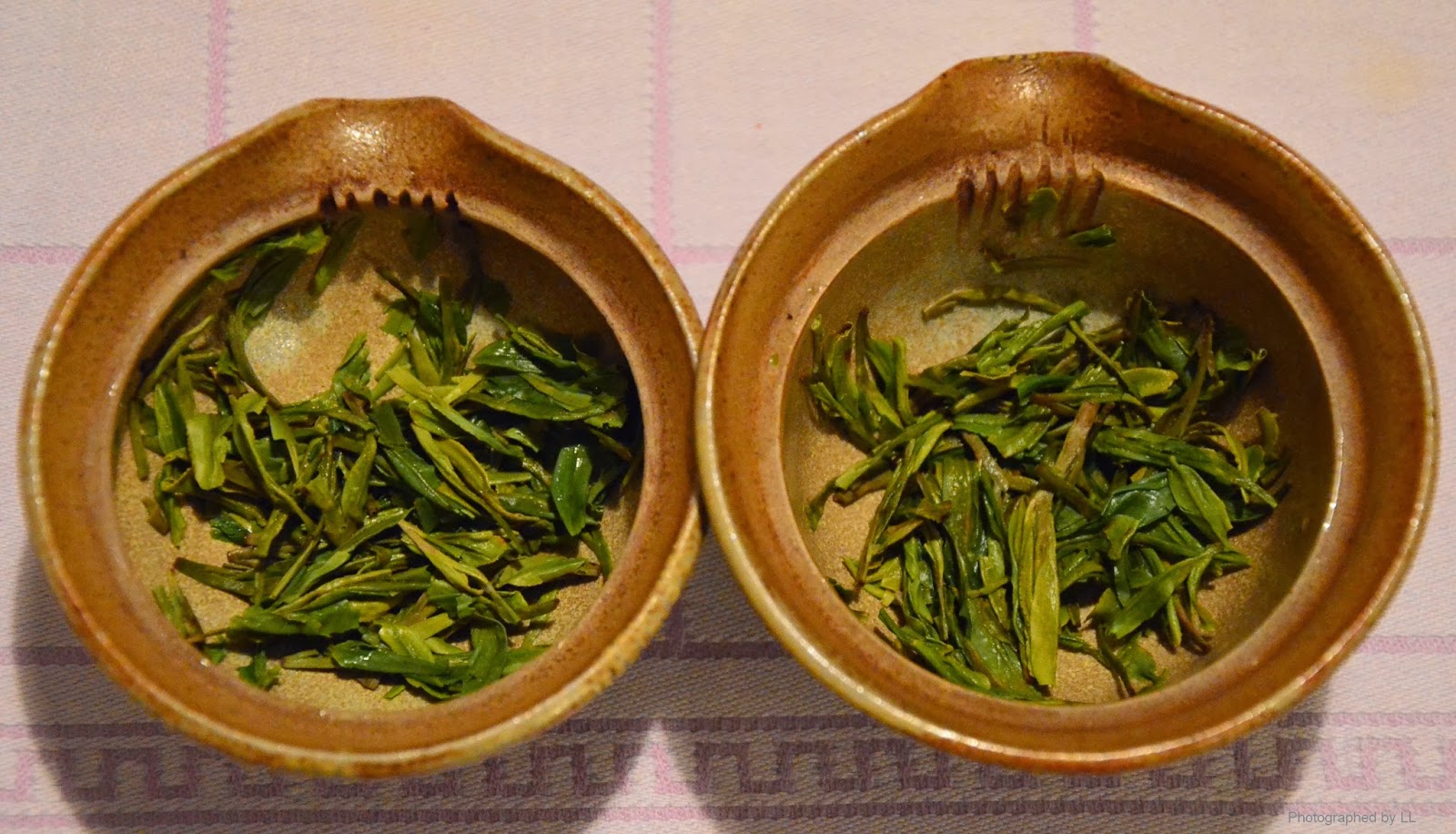 I think it isn´t appropriate to discuss which tea from this pair is better in this case. They are both good, but each in different way. For someone who prefer fullness of flavour, I conclusively recommend the tea on the left side – Weng Jia Shan region. On the other hand for people who don´t like this structure of flavour (and I know such people), should like more the tea on the right side – Shi Feng Region. I count myself among the firts group. I was more interested in dragon well from Weng Jia Shan. The only lack of this tea was presence of disturbing bitterness in the first two infusions. But it doesn‘t mean that I dont‘t like Shi Feng tea any more. Actually I drink up this tea every year in an equal amount. I just want to taste this tea one time and another time the other one.
Napsal LL v 20:50